5 of the World’s Most Expensive Diamonds 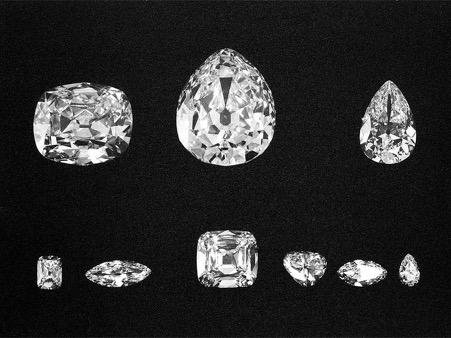 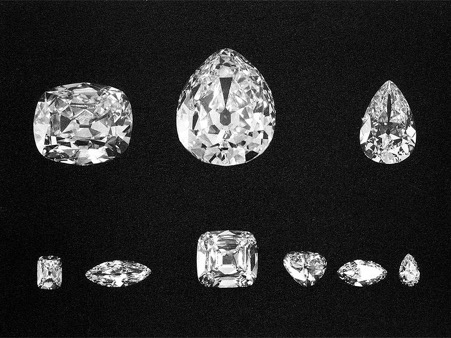 There are many diamonds in the world, all shapes and sizes, all differing in clarity and cut and all beautiful in their own way. Diamonds are often sentimental to their owners because they’ve been gifted to them by a loved one to mark a special occasion and often a piece of diamond jewellery will tell a tale of romance. But every so often there comes along an extra special diamond that’s for one reason or another worth millions of dollars. Here are five of the world’s most expensive diamonds:

The Golden Jubilee: The largest cut and polished diamond on the planet – 545.67 carats

The Golden Jubilee diamond is believed to be the biggest cut and polished diamond in the world, and has a estimated current value of up to $12million. When it was discovered in 1985 the Golden Jubilee was thought to be unattractive due to its unusual colouring, and was nicknamed the ‘un-named brown’. After two years of care and attention it was transformed into a fabulous firey rose cushion cut yellow-brown stone. Of course, not many budgets will stretch to the cost of such a rare coloured diamond, so citrine jewellery has become a popular alternative for anyone looking for a warmer coloured stone. Today this one of a kind diamond is part of the Thai crown jewels where the king renamed it proudly as the ‘Golden Jubilee’

The Cullinan Diamond and the Star of Africa belonging to the British Monarchy – 3106.75 carats

The Royal Cullinan, also known as the Star of Africa was excavated from the same mine in South Africa as the Golden Jubilee. The Star of Africa is is valued at a whopping $400million and is the most sizable gem-quality diamond to have ever been found in a raw state. The diamond was originally named after Thomas Cullinan, the chairman of the mine in which it was found. Originally weighing 600 grams, the Cullinan diamond was cut into 105 separate stones, with the nine largest of these scattered throughout the British Crown Jewels. The largest of these nine diamonds was cut to a beautiful pear shape with 76 facets, and used in the decoration of the Royal Sceptre after the  High Commissioner for Southern Africa gifted the diamonds to Queen Mary of England in 1910. The jewellery containing these diamonds can be seen in all its beauty on display at the Tower of London.

The flawless “Incomparable” yellow diamond has the highest clarity of any yellow diamond found in the world today. Its cut is an unusual shield shape, which was crafted in a way that allowed the jewellers to maintain the large size of the diamond whilst cutting around its imperfections and creating 14 smaller diamonds from the offcuts. The incomparable diamond has an interesting story behind it, originally found it the streets of a small town the Congo by a young girl. Many years later, the diamond was somehow placed for auction on eBay, but remained unsold as it failed to meet its reserve price of £15million. Even though the incomparable diamond hasn’t been seen again for over a decade, it has been rumoured that its now owned by a prominent diamond manufacturer in New York.

The Spirit of de Grisogono is the world’s largest cut black diamond found to date, and is cut in the Mogul technique. This breath-taking stone is set into a white gold ring, encrusted with 702 smaller yet still stunning diamonds that amount to 36.69 carats Natural black diamonds such as the Spirit of de Grisogono are known for their rarity, are much coveted, however black diamond jewellery is still affordable. At present, the location of this particular black diamond is unknown but diamond enthusiasts await patiently around the globe for it to resurface.

This stone has found itself among the Royal Crown Jewels along with its sister – The Star of Africa found in the same mine. Although nicknamed the Lesser Star it remains one of the most beautiful stones on Earth and takes pride of place in its setting surrounded by pearls at the front of the British Imperial State Crown, currently worn by Queen Elizabeth on occasions such as her jubilee. The Cullinan II is estimated to be valued at an astonishing $200 million on its own, separate to the other dazzling jewels in the Queen’s crown. We can work with diamonds of any shape and size to design a bespoke ring to fit with your family heirlooms. Contact our designers today for an informal discussion about what’s possible at Diamond Boutique.
Next Previous
BLOG CATEGORIES
BLOG ARCHIVE