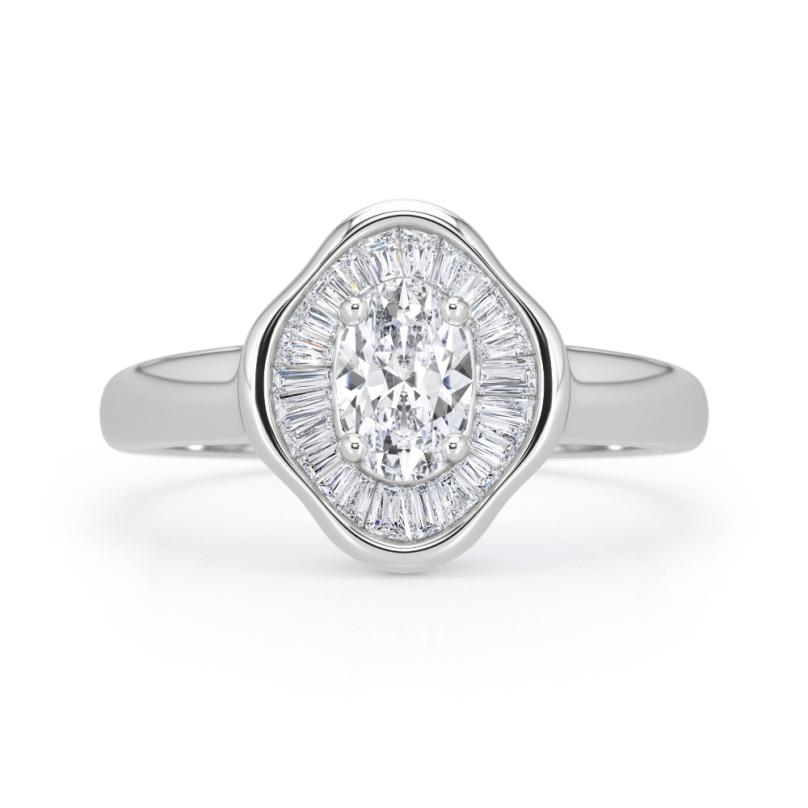 A cheaper alternative to Diamond, the Moissanite gemstone is a clear, elegant stone that is sure to add a touch of class to your jewellery.

History of The Moissanite Gemstone

The Moissanite gemstone was discovered in 1893 by Henri Moissan, a French chemist who mistakenly took the stone for Diamonds while examining rock samples from a meteor crater in Canyon Diablo, Arizona.  It was not until 1904 that the samples were re-examined, and thus the mineral Moissanite was uncovered. A cheaper, more accessible alternative to Diamond, Moissanite is now commonplace in the jewellery industry. However, this has not always been the case. Following its discovery, it was believed that this stone could only be found in Meteorites or the ashes of which were found on earth. It was to the great pleasure of those fans of this special gem when it was discovered in small quantities in a Diamond mine in Yakutia, Russia. In 1998, Moissanite made its first appearance as a must-have gemstone accessory. It owes its popularity to its unique shine, which withstands even that of a diamond, and its relatively cheap cost. While still classed as a rare stone, this gem is just a little easier to get your hands on than other colourless gems in its category.

So, What About The Gem?

Moissanite is a rare mineral, made up of silicon carbide. It can be compared to gemstones such as Diamond, Ruby, Sapphire and Emerald in characteristics such as hardness, fire and brilliance. In fact, on the ‘Brilliance Refractive Index’, Moissanite is the most brilliant of any gemstones. This means it sparkles and shines like no other!

When we think of Moissanite rings, we think about elegance and style. The cool shimmer of this gemstone is so often paired with a silver band, drawing the eye’s attention to the stone that sits upon it.  As with any gemstone choice, there are thousands of rings available to choose from. All you have to do is pick which suits you best! Some of the most dazzling come with one, large stone perched on top of a band, highlighting the beauty and shine of the Moissanite gem. Or, if you are looking for something a little different, why not pair your stone with another, creating an array of gems that fit perfectly together?

We are always here to help you find the perfect ring. So, if your heart is set on a Moissanite creation, take a look through our collection. Or, if none quite suit what you are looking for, there’s always the option of a custom creation!
Next Previous
BLOG CATEGORIES
BLOG ARCHIVE