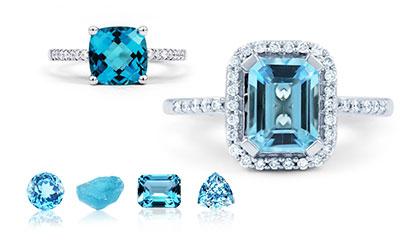 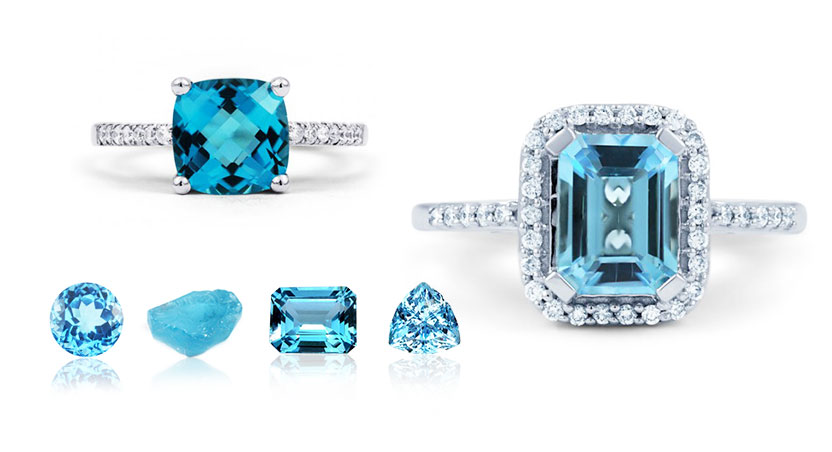 The rarest of all forms of topaz, blue topaz is a highly coveted gemstone. While most forms of blue gemstone have been treated to produce a richer blue, naturally-occurring blue topaz does exist, although not in the rich, deep hues most people are used to seeing in blue topaz rings and other forms of jewellery that sport the gemstone. History Historical mentions of topaz go back to the Middle Ages, and the gemstone was also mentioned in the King James Version of the Bible. Today, blue topaz has been described as the world’s second most popular gemstone. Blue topaz engagement rings are a popular choice of engagement band. While wedding rings are less popular, they are still a coveted choice amongst newlyweds. Nowadays the most popular items of jewellery to sport the gemstone, however, are blue topaz earrings and necklaces. Origin Blue topaz is predominantly mined in Brazil, although the stone can be mined in other areas of the world including Germany, Mexico, the United States and the Czech Republic. As topaz forms by crystallising in granitic material, specifically that of the rhyolite variety, topaz can be found forming throughout the globe. Treatment As it is the rarest form of naturally-occurring topaz, most varieties of the gemstone are heat treated to produce the deep, rich blues that most consumers are used to seeing in blue topaz jewellery. The heating process is also used to remove any unwanted inclusions. Blue topaz that has formed naturally commands a higher price, with deeper blues rarer and, as a result, more valuable. Many forms of blue topaz available on the market are simply derived from white topaz which has been irradiated and then heated. The blue tones are then produced and become permanent within the stone. In recent times, the safety of the irradiation process has been questioned by consumers, although the American Nuclear Regulatory Commission confirmed in 2007 that the gemstone is completely safe for consumers. Mineral Blue topaz is classed as a silicate mineral. Silicate minerals are the most wide-spread type of mineral around the globe.  All silicate minerals contain silicon and oxygen, however blue topaz also contains deposits of fluorine and aluminium. Mohs Scale Quite a hardy and durable gemstone, blue topaz has a Mohs scale rating of 8. Care Any build-up of day-to-day grime and dirt can be simply washed using a soft brush dipped in a mild detergent and water mixture. Birthstone Blue topaz is traditionally the birthstone of December, as well belonging to the astrological sign of Sagittarius.
Next Previous
BLOG CATEGORIES
BLOG ARCHIVE