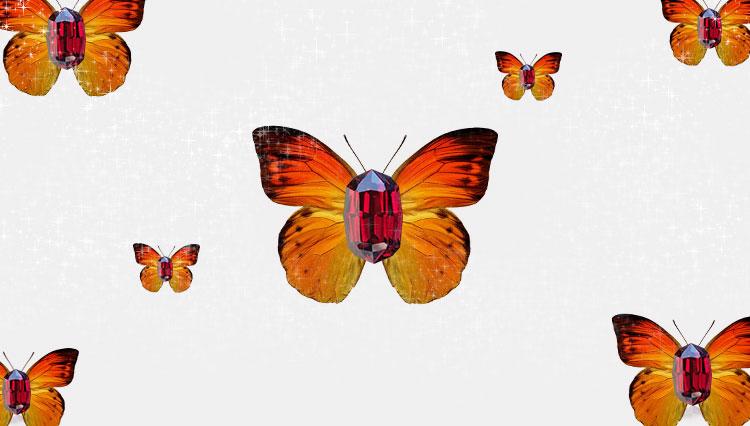 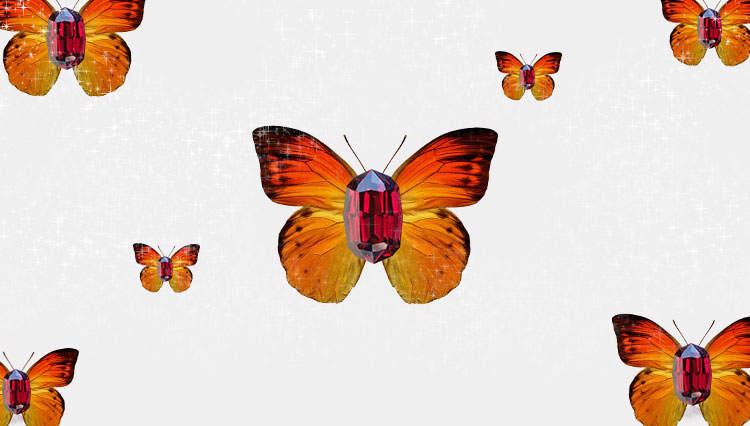 Garnet, the gorgeous birthstone of January is available in a rainbow of colours, from the deep red Bohemian Garnet to the vibrant greens of the African Tsavorite. To commemorate this month’s birthstone, we’ve put together a simple guide on understanding garnet. Read on for more! Who should I buy it for? If you know someone who was born in January, garnet earrings would make the perfect gift, both fashionable and personal. Garnet is also thought to signify eternal friendship and trust, making it the perfect “just because” gift for a friend. Garnet is also the official gemstone that represents the 2nd wedding anniversary. Mark this special date with an exclusive gift: our stunning garnet cocktail ring. On a side note, garnet is thought to provide the wearer with loyalty and consistency – ideal for a marriage! What is a Garnet? The word garnet is derived from the word granatum, which translates to seed; this is because of the stone’s resemblance to pomegranate seeds. Garnets are a group of silicate minerals that are popularly used as gemstones and abrasives. All species of garnets possess similar physical properties and crystal forms, but differ in chemical composition, resulting in different varieties (i.e. colour) of garnets. When is it used? Legends say garnets light up the night sky and protect their owners from nightmares. Travellers throughout time have long carried garnets as a form of protection against accidents. Such legends have led to garnets being set in many forms of jewellery, from earrings to pendants. In more recent times garnets are being used in engagement rings to match the increased demand in coloured gemstone engagement rings. Where was it discovered? It is thought that garnets have been around since the Egyptian Pharaohs and that several mummies have had garnets entombed with them, as part of their priced possessions. Centuries later, the famous Bohemian garnet deposits in central Europe, around 1500 were discovered. This source created a nuclear reaction within the jewellery industry, with the demand for garnet jewellery reaching its peak in the 1800s. Why is it popular? The stunning variety of colours and mystical features of garnets, make it a popular choice for all occasions. Especially a proposal! Set as the centre stone or accents, garnets, of any colour, bring character and sparkle to engagement rings. If you’re planning to propose in January, or if your partner is born in January we recommend this garnet engagement ring for the perfect proposal. Featuring a luxurious 0.60ct untreated oval Kenyan garnet set on 18ct yellow gold. How can I learn more? Simple, click here to read our Garnet Gemstone Insight blog, featuring more detailed information on its history, origin, mineral and direction on how to care for your garnet.
Next Previous
BLOG CATEGORIES
BLOG ARCHIVE