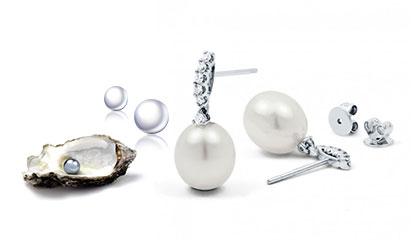 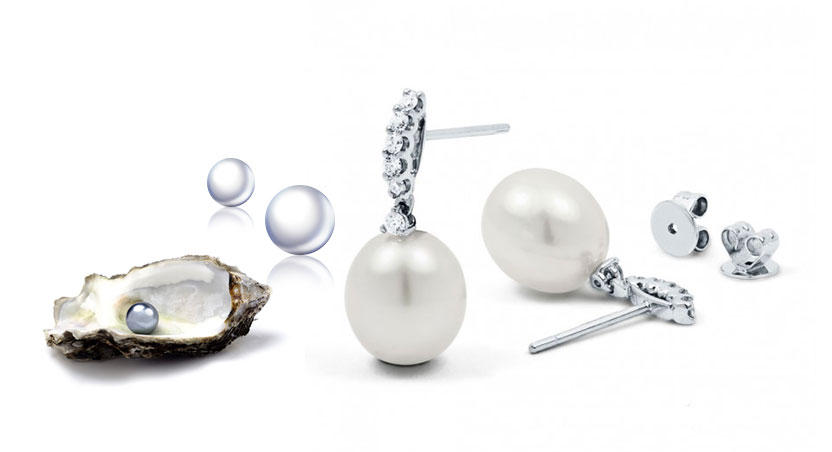 Produced and perfected by Mother Nature, pearls are truly unique gems that have been hunted since the dawn of civilisation. Since the 20th century, pearls have been harvested in larger scales in an effort to mass produce this exceptional item. In both ancient and modern times, pearl jewellery has long been a symbol of wealth and social standing. History Throughout history, the pearl makes its mark time and time again in religious and mythological texts. The ancient Romans considered the pearl a symbol of wealth, and Cleopatra was reported to have once dissolved a pearl in her wine before drinking it to show off the extent of her wealth to Mark Antony. During the Dark Ages, pearl necklaces would be worn not just by fair maidens of nobility, but also the gallant knights who strode into battle. Pearls are born through a totally organic process, created by live oysters living deep below the sea. Whilst most gemstones require some degree of cutting and polishing to bring out their natural beauty, pearls are born naturally iridescent, with a shimmering lustre and soft inner glow already perfected by nature. Perhaps most poetically, pearls begin life as a totally useless foreign object that becomes trapped inside the oyster’s delicate body, such as a piece of debris from a shell. Unable to expel the irritant, the oyster instead secretes a smooth crystalline substance called nacre. For as long as the foreign object remains lodged inside the oyster, the oyster produces more layers of nacre until the object is totally covered by the coating. The end result is a beautiful, iridescent pearl. Pearl necklaces are perhaps the most famous and popular form of pearl jewellery available. Pearl earrings are also a coveted item of jewellery, particularly those cut into gold. Pearl engagement rings are also a popular item of jewellery and, whilst less common, the gem can also be cut into eternity and engagement rings. Origin Nowadays, most of the world’s supply of pearl is cultured by carefully planting a foreign object into an oyster’s inner body – mother nature then takes care of the rest. Today, the two largest producers of pearls include Japan and more recently China, which has overtaken Japan as the world’s largest cultivator. Treatment Modern pearl cultivators utilise a unique process known as nucleation, which entails the use of specially-bred oysters capable of producing pearls with exceptional colour and lustre. In reality, only 50% of all cultivations are successful due to the inherent unpredictability of nature. Of the pearls that are produced, only 20% are marketable, with the remainder simply too flawed for use as a gem. Naturally-occurring pearls are very rare and therefore considerably more valuable than cultured ones, but the value of any pearl is always determined by a mixture of its colour, size, shape, lustre and the quality of its surface. The finest, naturally-occurring pearls tend to boast a mirror-like, metallic lustre. Once a pearl is harvested, it does not undergo a process of treatment like most gemstones, but rather a process of “sorting”. The pearl is then carefully drilled before being matched with other pearls of a similar shape and colour. Cultured pearls are sometimes dyed in colours such as yellow, green, pink, blue or even black. Mineral Since ancient times, pearls have been both highly revered and a source of fascination, being the only gemstone created by an organic, living process rather than mined from a mineral. Mohs Scale Due to being such a delicate object pearls have been given a placement of 2.5-4.5 which is at the lower end of the Mohs Scale. Care Pearls require a bit more care and attention than many other gems, especially if they are worn often. Wiping pearls with a soft cloth after each wearing will help to keep them in good condition – as will the actual process of wearing them. This is because the natural oils within our skin help to maintain their lustre. To ensure pearls do not get scratched when stored within a jewellery box it is advisable to keep them separated from all other gemstones, such as diamonds. One of the best ways to ensure pearls remain in perfect condition whilst stored is to keep them inside a small velvet bag. Birthstone Pearl is the birthstone for the month of June. In astrology, Pearl traditionally belongs to the zodiac sign of Cancer.
Next Previous
BLOG CATEGORIES
BLOG ARCHIVE