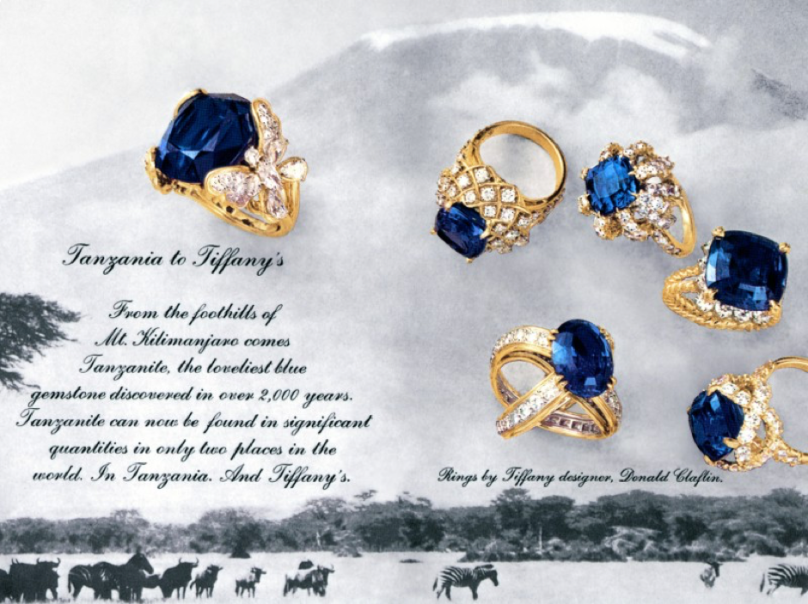 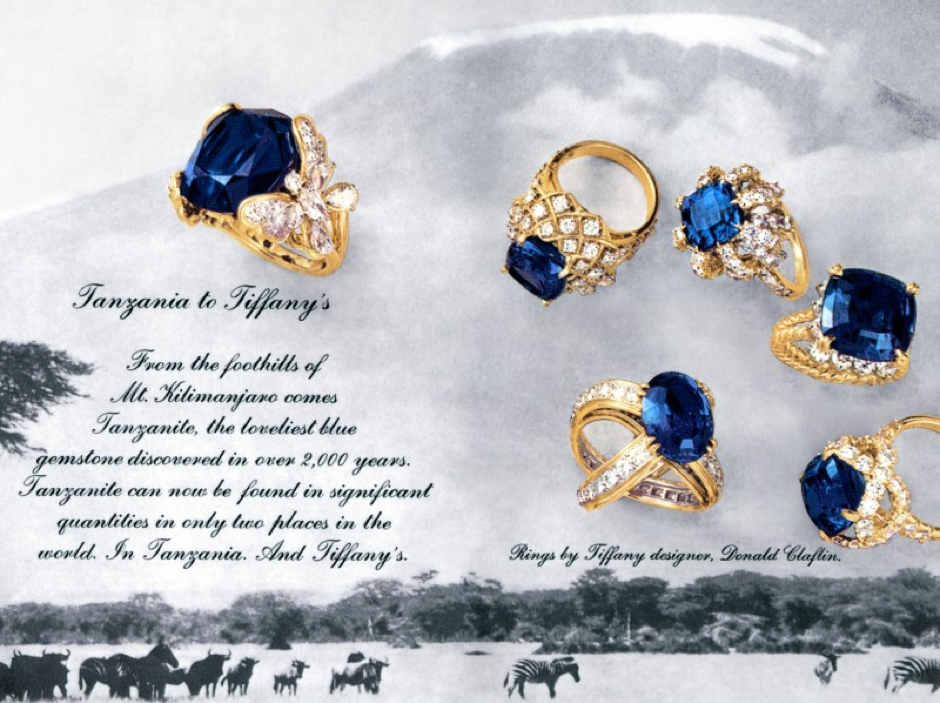 Extracted from the foothills of Africa’s highest mountain, Mount Kilimanjaro, Tanzanite is an exquisite blue-violet gemstone that is more than 1000 times rarer than diamonds. Used to create sophisticated Tanzanite engagement rings and eternity rings, it has gone on to become one of the world’s best-selling gemstones, but with limited supplies available, it is expected to sell out within one generation, making it very valuable gemstone indeed.

The History of Tanzanite

There are several accounts on how Tanzanite was first discovered, but the most authentic leads us to believe that these precious stones were first discovered in 1967 by Maasai tribesman, Ali Juuyawatu, who was searching for rubies in the Merelani Hills of the Manyara Region. He shared his findings with Manuel de Souza, an Indian tailor and adventurer referred to by locals as ‘Mad Manuel’. Initially, both men assumed that the gemstones were unusually vibrant sapphires, but after testing the hardness of the stones, they discovered that they were not sapphires at all, but rather a new type of gemstone… something the world had never seen before.

For the gems to be accurately identified, they were sent to the Gemmological Institute of America (GIA), where they were identified as gems from the mineral Zoisite. After hearing about this new precious stone, New York’s leading jewellers Tiffany & Co. decided to bring this enchanting blue gemstone to the world, naming it ‘Tanzanite’ after the country of its origin. Tiffany & Co. went on to advertise the stone as “the most beautiful blue stone to be discovered in 2,000 years”, and during international advertising campaigns, they proudly stated, “Tanzanite can now be found in significant quantities in only two places in the world. In Tanzania. And Tiffany’s”. Today, it is available to purchase from high-end jewellers worldwide, who offer a fine selection of Tanzanite earrings, rings and pendants embellished with this exquisite gemstone.

Tanzanite: The Birthstone of December

In 2002, Tanzanite was added to the official Jewellery Industry Birthstone List as the birthstone of December, alongside turquoise and zircon. Highly collectable, it is believed that there is just the one source of tanzanite in the world, and if we continue to mine it at the current rate, the supply will be depleted in less than 15 years. This has led to some gemmologists listing Tanzanite as a ‘one generation’ gemstone, that will simply not be available to future generations, unless they are lucky enough to inherit a tanzanite ring, pendant or earrings from those who were smart enough to invest today.
Next Previous
BLOG CATEGORIES
BLOG ARCHIVE