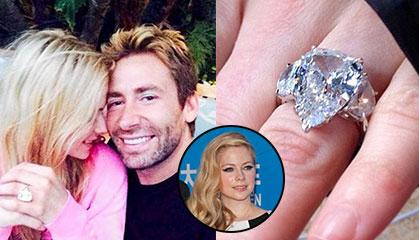 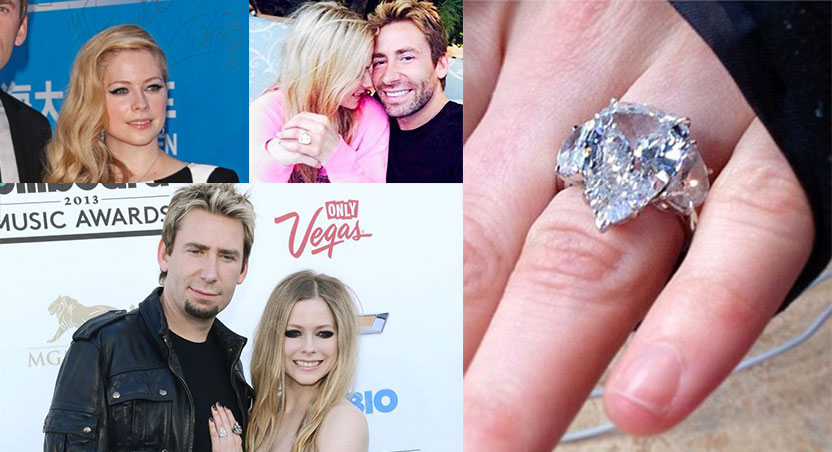 Traditionally, to celebrate one year of marriage, it is custom to gift your husband or wife something made from paper, with the more extravagant anniversary tokens such as emerald, ruby and diamond saved for later years. Diamond is traditionally gifted after 60 years of marriage. Of course there are no set rules to say that this should always be the case, and it seems Chad Kroeger from the Canadian rock band Nickleback decided to go against tradition when presenting his wife, Avril Lavigne, with a gift to mark their first year of marriage – a diamond ring. In a tweet to her more than 17 million followers Avril proudly showed off the diamond ring with the caption “I still can’t believe my 1 year anniversary gift. 17 carat emerald cut. Wow. I love my hubby.” Since the release of the photograph commentators on social media have been discussing the ring in depth – from its exquisite cut through, it size (with some people noting that the diamond is actually larger than the width of Avril’s finger) and of course its estimated value – depending on the colour and clarity of the diamond it is thought the value of the ring could range from several hundred thousand dollars through to the millions. This is not the first time that Kroeger has presented Avril with such an extravagant piece of jewellery – in fact when he proposed to her in 2013, after just one month of dating, he did so with a truly stunning 14 carat pear cut diamond ring. Avril is certainly a very lucky lady – we wonder what gift Chad will present her with on their 2nd wedding anniversary!
Next Previous
BLOG CATEGORIES
BLOG ARCHIVE