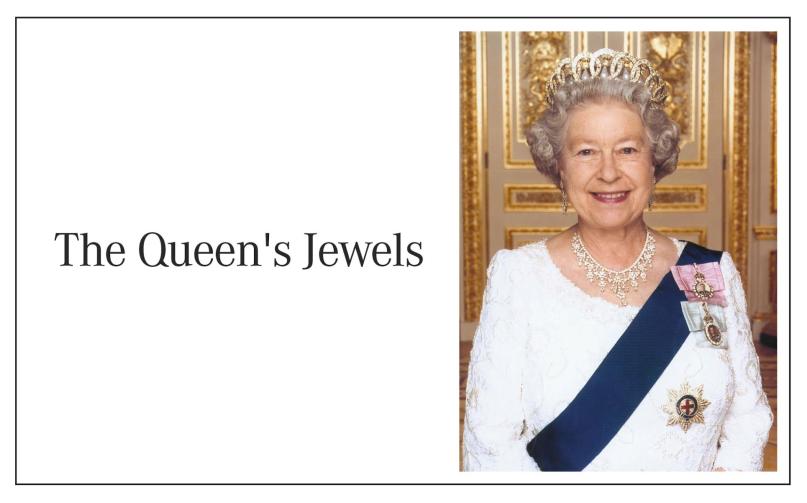 On April 21st 1926 Her Majesty was born, 90 years later and she is the longest reigning monarch in the world. To celebrate 90 years of diamonds, emeralds, rubies and duties - we talk about our top three favourite necklaces owned by Queen Elizabeth II.

There are many notable pieces in Her Majesty's jewellery collection, but one of the most remarkable has to be Queen Alexandra's Dagmar Necklace. The necklace was designed in a Byzantine style comprising of alternating diamond and pearl swags set in gold connected with diamond and pearl medallions. 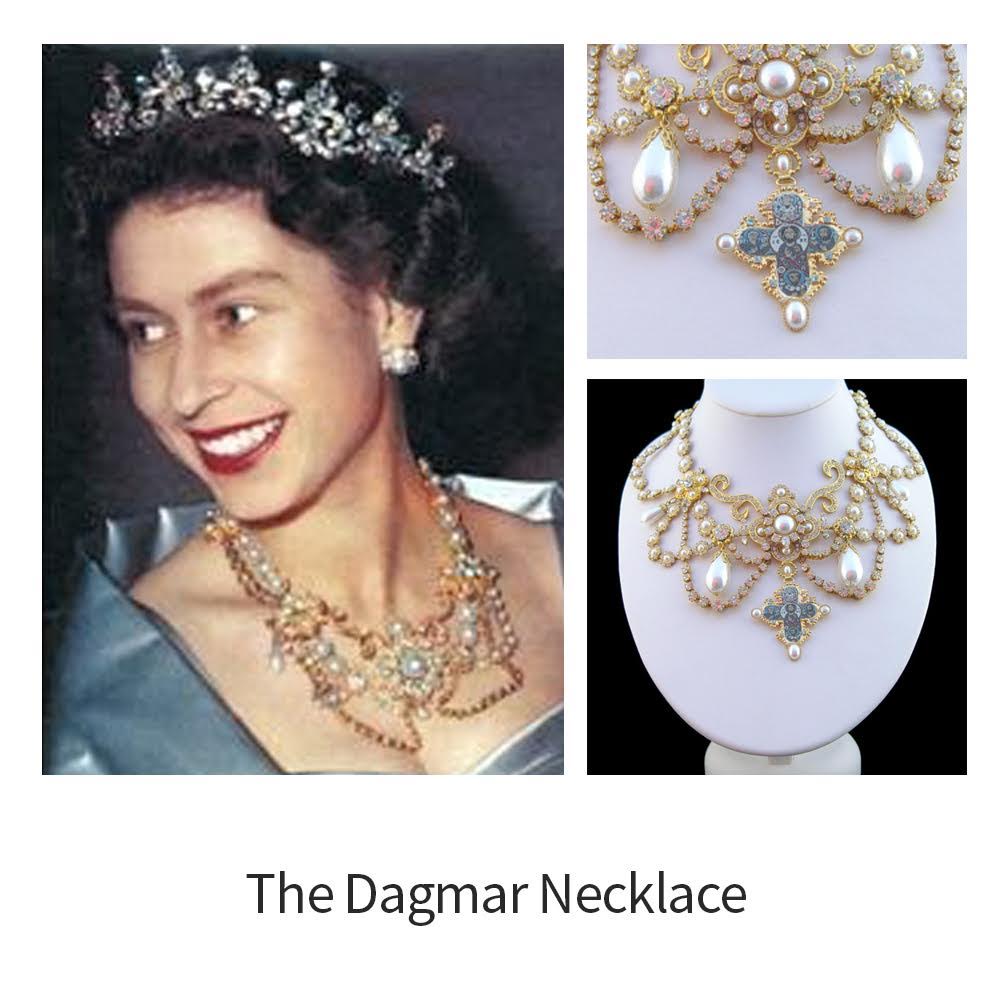 What truly sets the necklace apart, is the replica of the famous Dagmar Cross. This beauty has been passed from Queen Alexandra to Queen Mary to Queen Elizabeth, and finally to Queen Elizabeth II in 1952. She has worn it to a handful of occasions in the 1950s and early 1960s, however it has not been worn in public since then.

The tale behind this extraordinary piece is an unsolved mystery, some say the first owner of this necklace was Empress Joséphine, the first wife of Napoleon I. Others suggest it originally belonged to F.D Godman, a popular English naturalist. It is said that Godman gave the necklace to his two daughters,  who later gifted the necklace to The Queen. 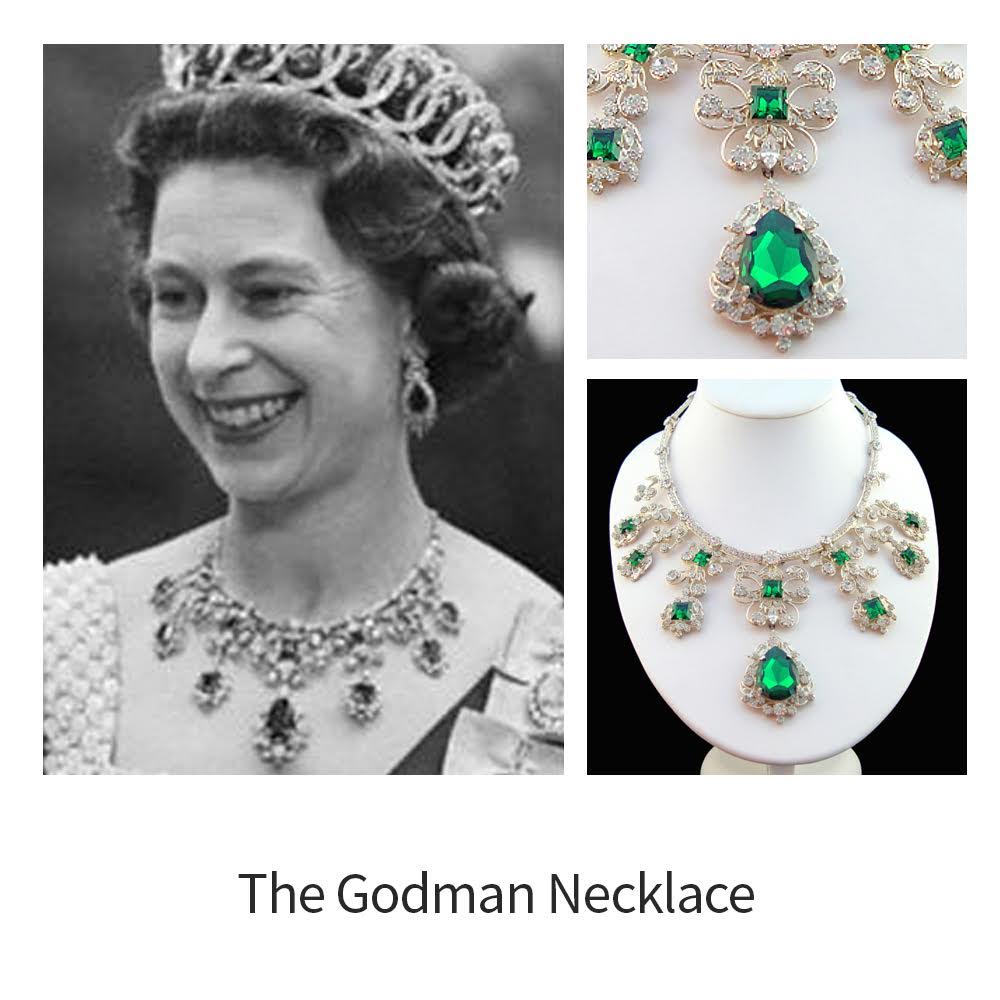 Whatever the story, the fact is this piece is one of kind. Featuring seven pendants, each with a central emerald in a scrolling diamond surround, hanging from a foliate diamond base studded with three additional emeralds. It is no wonder The Queen accepted this gift, as it is rare for her to accept such gifts.

In 1887, to mark the fiftieth anniversary of Queen Victoria’s accession to the British throne, a committee was formed to raise funds for a commemorative statue of Prince Albert, who died in 1861. The remainder of the fund was used for an impressive necklace which Queen Victoria wore in the official Golden Jubilee photograph. 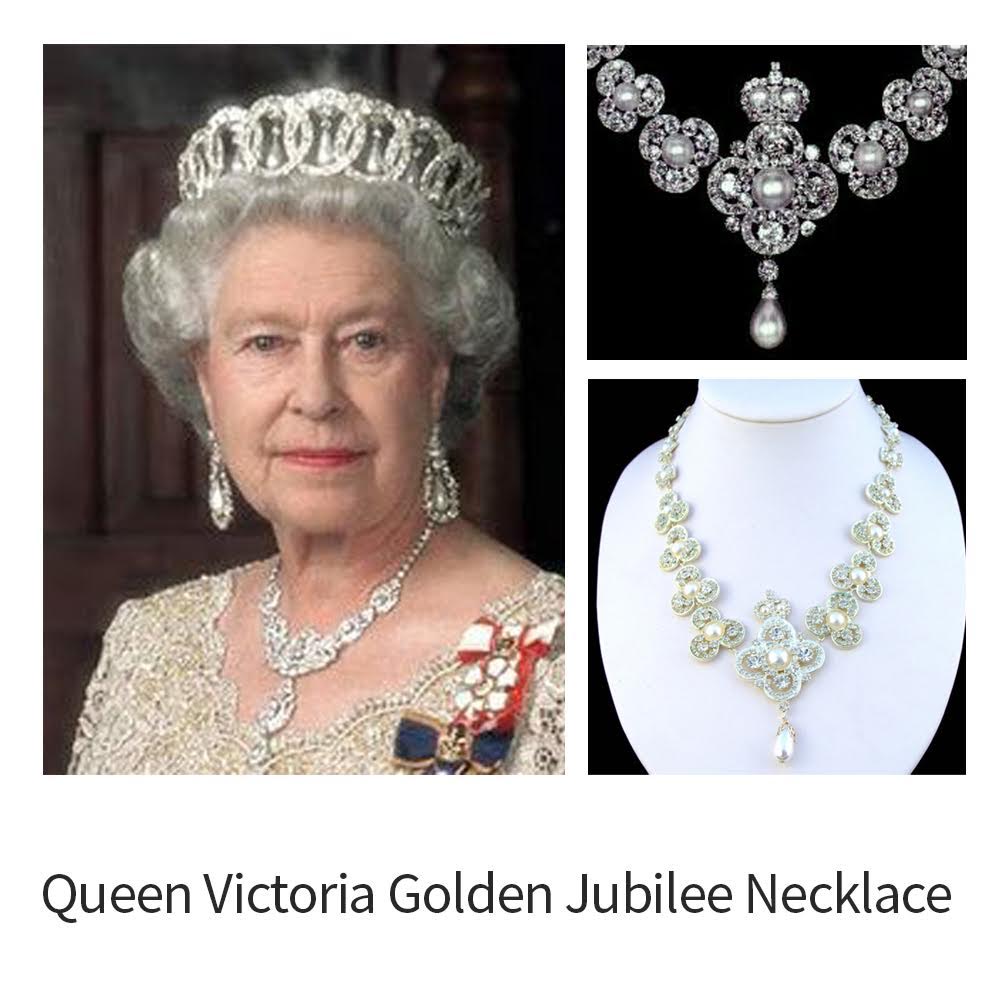 The necklace has a large central pearl and diamond quatrefoil with a large pearl in the middle, the remaining necklace comprises of graduated diamonds and pearls. After Queen Victoria’s death in 1901, the necklace became the personal property of the crown. The necklace is said to be a favourite of the current Queen Elizabeth II.

Her Majesty sure has an inspiring style, we look forward to her future appearances and of course her jewellery x