Feature: The Titanic, The Women & Their Jewellery 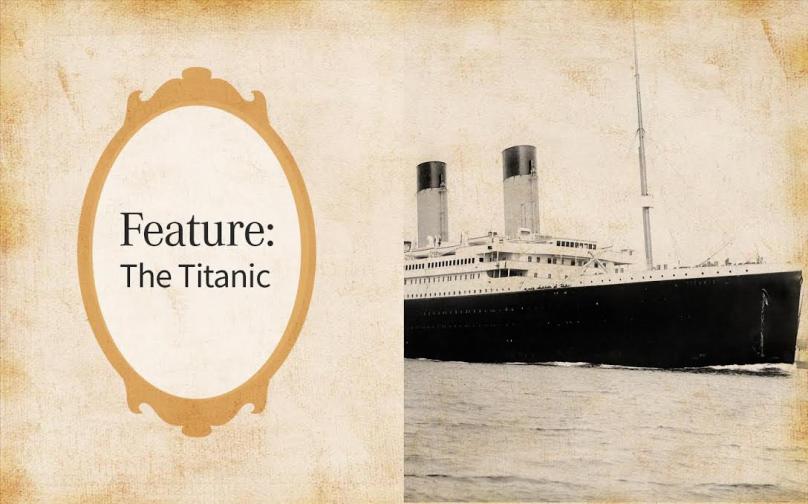 On 15th April 1912, RMS Titanic sank in the Atlantic Ocean after colliding with an iceberg during her maiden voyage. Since the discovery of the wrecked ship in 1985, thousands of artefacts have been recovered. Today, 104 years after the heart-breaking sink, we reminisce the brave women aboard the Titanic and their dazzling jewellery. The women of the Titanic would plan for months to bring the right fashionable apparel of extensive outfits, accessories and of course jewellery. Margaret Brown Margaret Brown was an American socialite, philanthropists and one of the few passengers that survived on lifeboat No 6. It is said that during the rescue process she worked tirelessly, helping the other survivors by handing out food, drinks and blankets. Margaret soon found herself in the spotlight due to her bravery and good deeds. Nicknamed “Unsinkable Molly Brown”, she then established a Survivor’s Committee raising almost $10,000 for those who had lost everything. 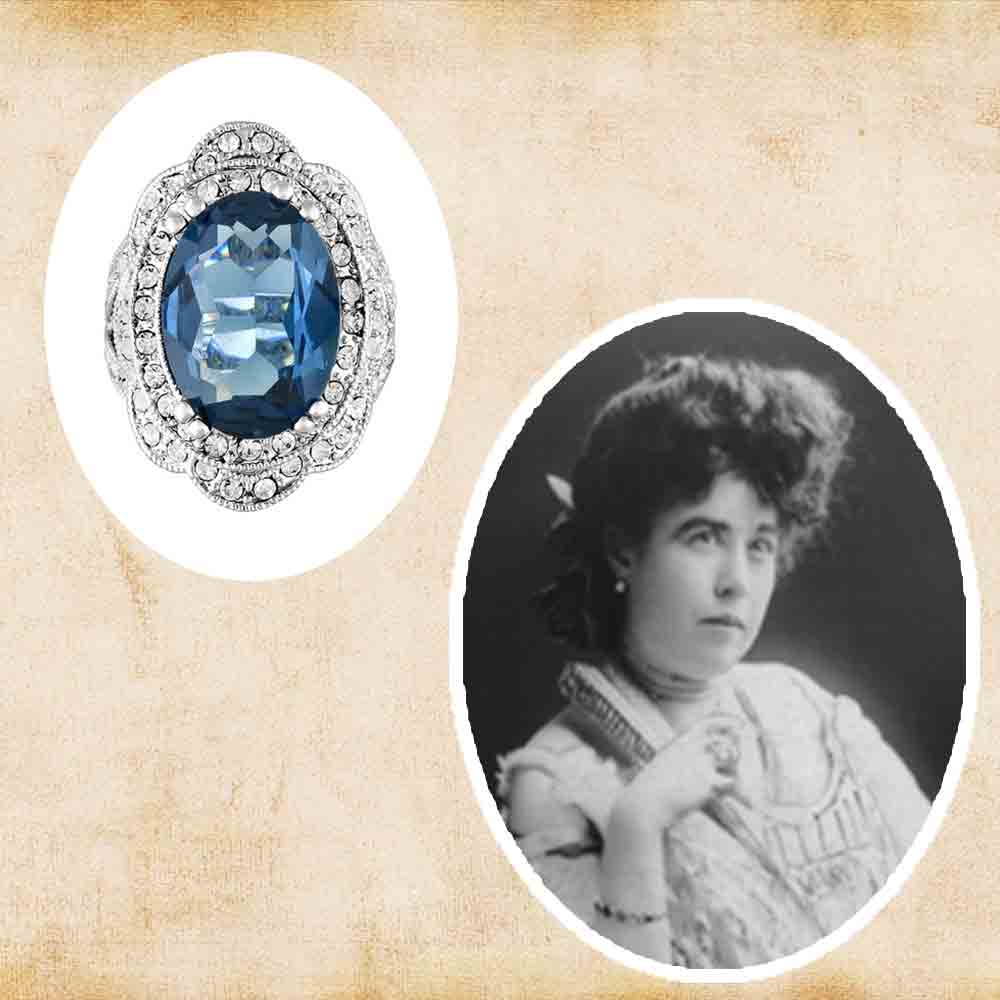 Not only was she a brave lady, but also a lady with a great sense of fashion. Amongst her opulent jewellery discovered, the cocktail ring above caught our attention. Featuring a gorgeous oval Blue Topaz and array of Diamonds, this ring is a symbol of elegance. Elizabeth Wilkinson Elizabeth Wilkinson set sail for America on the Titanic with her partner Harry Faunthorpe for their honeymoon in California. “Awakened by the shock, rushed upon deck, forced onto the frail lifeboat” this quote by Elizabeth gives us a small but strong insight to the horror of the night. Regretfully, only Elizabeth was rescued in lifeboat No. 16 and made it safely to Pennsylvania to stay with relatives. Harry’s body was later sent to Elizabeth, she buried him in Philadelphia to rest in peace. 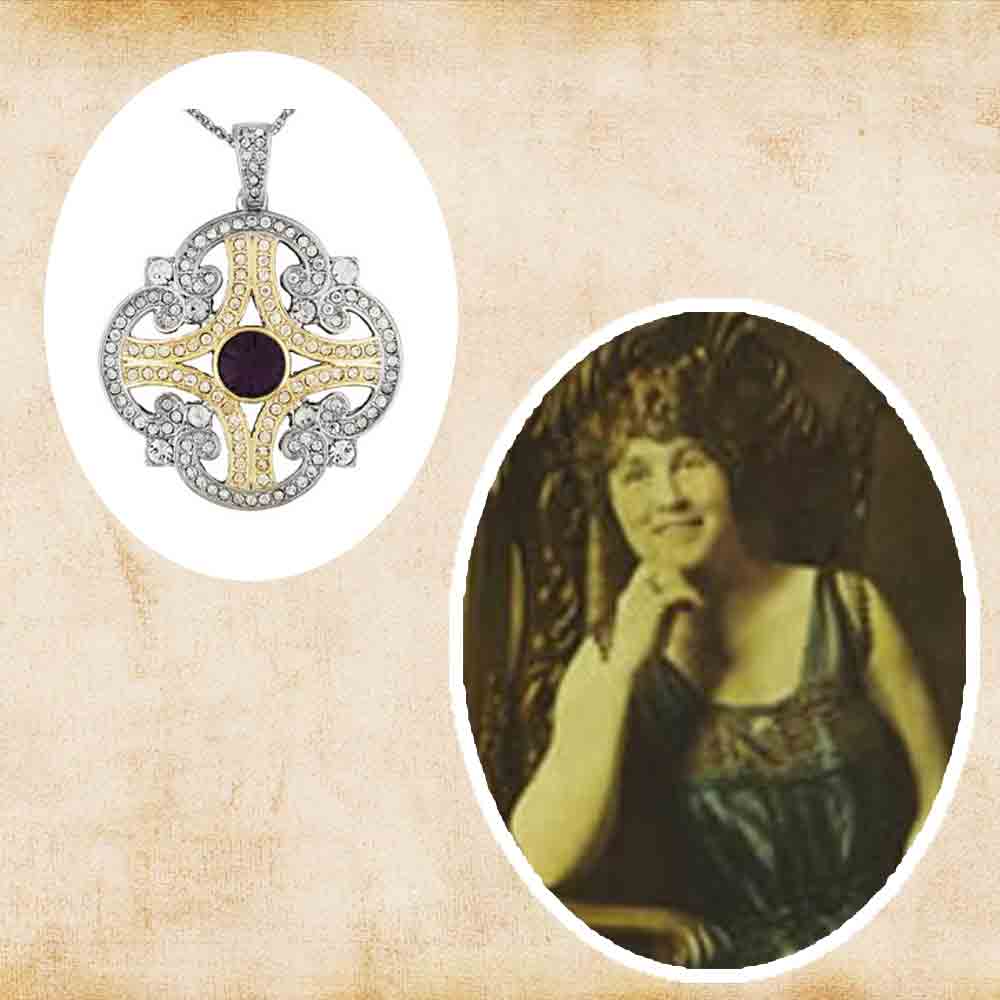 An alluring pendant belonging to Elizabeth was later discovered from the wrecked ship. This piece of jewellery features what is claimed to be a round Amethyst amongst Diamonds. The breathtaking Art Nouveau design truly represents the era of luxury. María Perez Finally we talk about María Perez, heir to an impressive estate travelling with her husband Víctor Castellana, who was also heir to an equally astoundingly impressive estate. The lovebirds travelled for over a year for their honeymoon, as opulent travel was customary of wealthy figures of their time. The realisation that Víctor would not survive sent María into a fit of hysterics; she was physically torn from him and secured onto lifeboat No. 8. She moved on with life, however she always kept her husbands photograph with her. 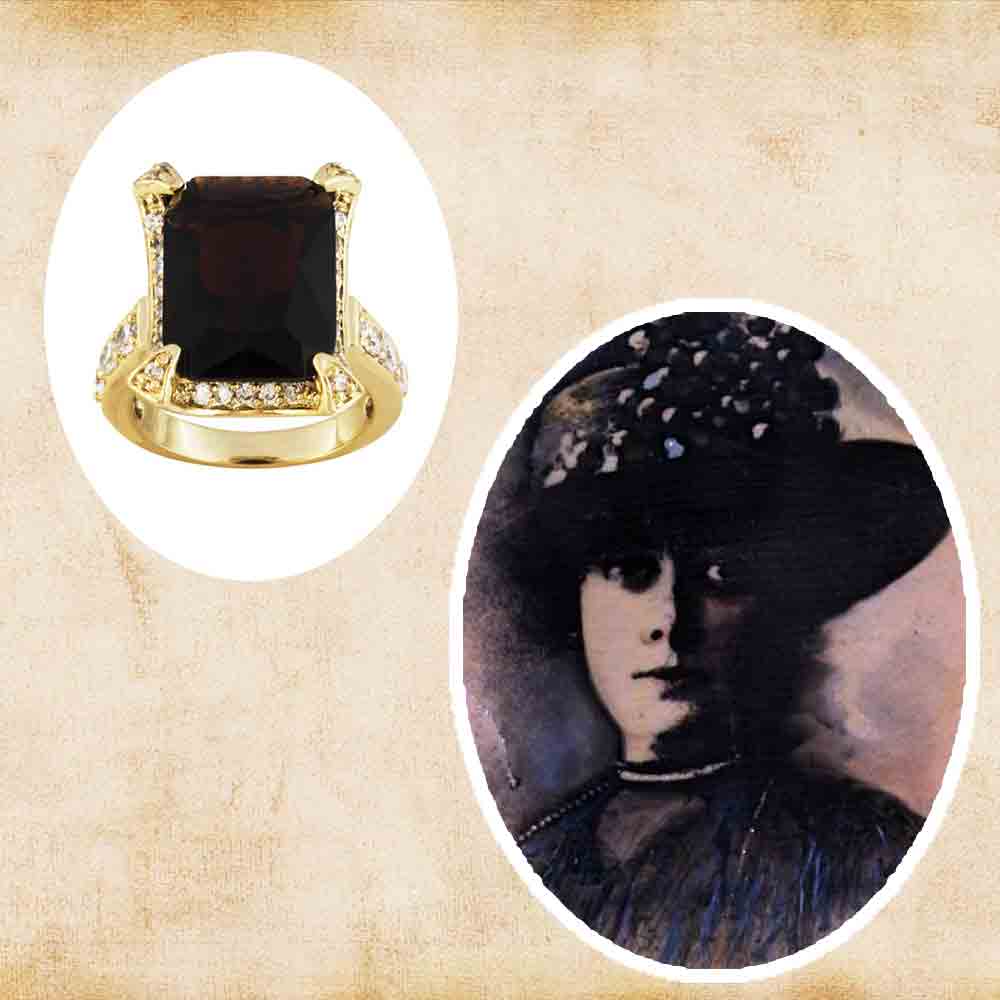 It is only right as the heir to an incredible estate that Maria owned lavish jewellery. Her mesmerising Edwardian cocktail ring was salvaged from the Titanic years later. It features what seems to be an octagon cut Ruby and Diamonds in a yellow gold setting. Today, we truly understand that Jewellery not only defines the wearer’s personal style but it also provides an understanding of history. Start your own story with a dazzling piece from Diamond Boutique today. Happy Shopping! x
Next Previous
BLOG CATEGORIES
BLOG ARCHIVE